We are proud to be a 2021 National Blue Ribbon School! 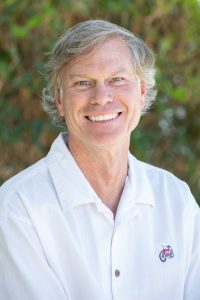 Mr. Greg was born and raised in southern California and it’s where his mom, stepdad, brother and sister still live. Growing up on the beach, he spent as many days as possible surfing, skateboarding and hanging out with friends up and down the coast. Early in life, he discovered he had a passion for volunteering as well as working with children, though he did not think he’d ever become a teacher.

Originally, he went to school at Cal Poly Pomona to become a landscape architect, which is what brought him out to Colorado in 1992. After working for a landscape design & build company and then starting his own design business a few years later, he made a choice which changed his life forever. He moved to Winter Park and took a job as a children’s ski instructor. After the season ended, he enrolled at Metro State University of Denver to earn his elementary teaching certificate. In January of 2000, he officially received his elementary license. Since then he’s had the joy and privilege of teaching kindergarten, first, and second grade and now as a paraprofessional for the best kindergarten teacher at the best elementary school in Denver!